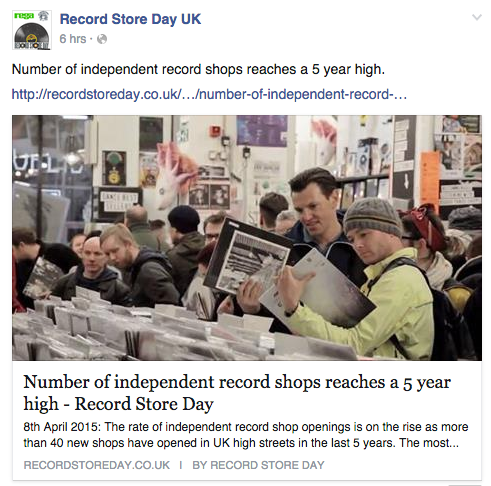 Ahead of Record Store Day on the 18th of April UK independent record shops continue to open at a rate of knots as the resurgence of vinyl shows no sign of slowing down. 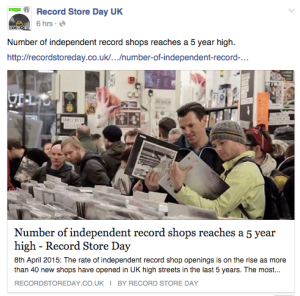 With more than 40 new record shops opening in the past five years, over 50% of  these occurring in the last 12 months alone and Q1 sales of vinyl albums already up 74% on the previous year.

After seeing years of decline in vinyl sales and the loss of many an influential store across the towns and cities of the UK today’s news is great and shows the re-emergence of record stores in the UK.

As new avenues are taken by experimental store owners to bring people to their stores and build interest in vinyl through a range of techniques we can see why this revival is well on the march.

And as customer experience, product knowledge and new technology all play a part in a whopping increase in sales of almost 800% in the past five years the vinyl looks to have turned the tables after years of decline and now looks to be playing a bigger part in contemporary culture than many thought possible just a few years back.

You can find out all about Record Store Day Uk, the events being held to celebrate and more at http://recordstoreday.co.uk